I will first introduce you to Hong Kong with some general information which I think is worth noticing.

Hong Kong became a colony of the British Empire after the First Opium War (1839–1842). Later the Japanese took over the authority in the world war during their invasion. Since 1997 China resumed sovereignty over Hong Kong. As it was governed by rules both under British and Chinese administration. It influenced a lot of today’s Hong Kong. For example, the educational system is similar to England. Scholars and students wear uniforms. The right hand sided driving direction and the traffic signs, really noticeable for the traveler like me. When I just arrived in Hk, I often forgot which side the traffic is coming so have to double check 2 sides, a matter of getting use to it. The street names which are by the way in Chinese characters And English. The language, you can communicate in English in this beautiful city. So, the time period greatly influenced the current culture of Hong Kong, often described as “East meets West” 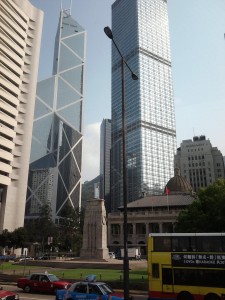 Hong Kong is one of the most densely populated areas in the world. and the world’s most vertical city. It also have a highly developed transportation network, which public transport coverage is the highest in the world. As for the horrible catastrophe in Japan,  radiation have been a hot topic over the world. It is not only effecting the Japanese cities, but it seems to have a huge impact as a wave of danger towards nearby countries. Well, here in Hong Kong, I have not yet seen any thing very remarkable or unusual as the news is still speaking about the situation in Japan and the affects of this dramatic catastrophe. But I have to say there are people standing in the row for salt. Most of them are senior citizens who are afraid of the salt stock running empty, and some believes that salt will strengthen you against radiation. It actually does, but it would not help in this small amount of radiation/salt. Plus, over eating salt is also not good for your health.

What really affected Hong Kong citizen’s everyday life is that the prices of vegetables and meat increased for about 10% – 20% caused by the reduced import quote. That is for so far I have noticed of the effects from this catastrophe in Hong Kong. Hope that the economy will recover soon. I wish the best for them.

The first things to do, packing out my luggage and cleaning up the room. The furniture was full of dust. I like everything to be clean. At least, I’m striving for a cleaned up room =P  So, got some work to do. I really like home furnishing and interior design. You know, when I was a scholar, interior architect was one of the possible professions I’d like to go for. I’d like to be creative. As you can see I bought 2 Gatsby gels which are available in multi colors with different specs. I have not yet tried the orange and black one. But the pink one is just a bit too dry, but very strong. These are perfumes to make your room smells really good. And it easily last for a month, or at least over 3 weeks. I think the smell in a room is also important because it gives you a special feel when entering a room. If the look is good, smells good then the taste would probably be no less than good. 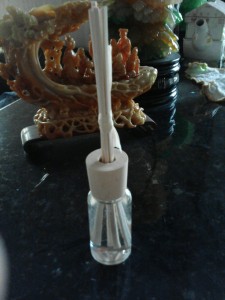 This is the Durian fruit, it is also known as the King of Fruits. If you are in Asia, you should try this! For this fruit, there is a believe that you like it very much or you really dislike it! Cuz it has a very strong smell but tastes really good! I’m thinking about taking a smartphone, but I still kinda like the flip phone I’m using now. You know, those tablets are getting more popular and people are communicating on road with these tablets like the Samsung Galaxy tablet which is smaller than the Ipad, but people do videocall eachother in shopping malls and on the street to interact with it. Sometimes it is really funny to talk with such a big device, because it made me think of the 大哥大’s in the old days, which are the first big cellphones with antenna’s. This is a very traditional snack in Hong Kong. It is named ‘鸡蛋子‘ by the local people which means literally ‘little eggs‘. I only know that it is made out of eggs and butter, don’t know if there are any other ingredients as it is a ‘secret’ recipe. But what I know for sure is that it taste DELICIOUS! Furthermore, I have been to the Hong Kong International Lighting & Electronics Fair with my internship company.

Lots of people, cool stuff, innovative designs and a lot of walking xD

I would definitely have more fun with you guys here to joke around, cuz the people here are so serious and mean. But it is really great to check this out!

I saw this beautiful watch and I just love it!

The pink one in the middle yeah, with the butterfly in the center, what a lovely design right? =)

Unfortunately I don’t have a girlfriend to buy her this and my sis have had her birthday present already, so I’ll leave it right there and took this picture. =) I think this is really a beautiful picture, a construction worker sitting on bamboo constructed working area doing his everyday job. This picture has the Hong Kong traditional flavour. To me, it is more than a normal picture. I thought I would have plenty of time. In the answer of this question I could both say yes and no. I’m using my time differently. I think it is another way of living, a good thing is that I have more a fixed routine now, I mean a better time scheduled and I can concentrate more in study/training/living than back in Holland with you guys to distract me!  ;P

Ps. The next time I’ll be blogging or hopefully vlogging over my experiences with the local Hong Kong people and society. So stay tuned and we’ll keep in touch, bye!

Hi guys, sorry for not blogging for a while. I have to say that I have arrived safely in Hong Kong, China. I had a very busy time plus my internet went down.. Just had the maintenance guy came by and replaced the modem. Jetlag and trying to stay away from the shopping habit and really trying not to overeat with the delicious food here. The days are going so fast, remembering the afternoon at my university where I had a free lunch of the nice lady working at the canteen, but actually I do not believe free lunch in this world.
So, everything was fine and as a matter of happiness I felt I have to treat my car a nice polish wash and so I fed my lobsters a piece of crabstick too, hmm yummi! (which I think they are really telling me)

There are still so many things which I want to share with you, I think I’ll post it next week. By the way! I have to update my www.facebook.com/alexcheung.nl ! and still got loads of mails to reply . .

I have been vlogging in Hong Kong but not yet time to edit and put them online. If you’d like to check out my ‘A Journey to the East’ AC Vlog series at www.youtube.com/alexcheungvlog (I’ve registered a new Youtube account specially for my journey to the East) [Subscribe to this account if you don’t want to miss a video]

How lovely ^^ taken with her birthday present ‘Polaroid Fuji Mini 25’

let’s not mention about the first take xD My face sweeter than the Chokotoff chocolate

and ouch, when i see that finger

Please, be careful ya!